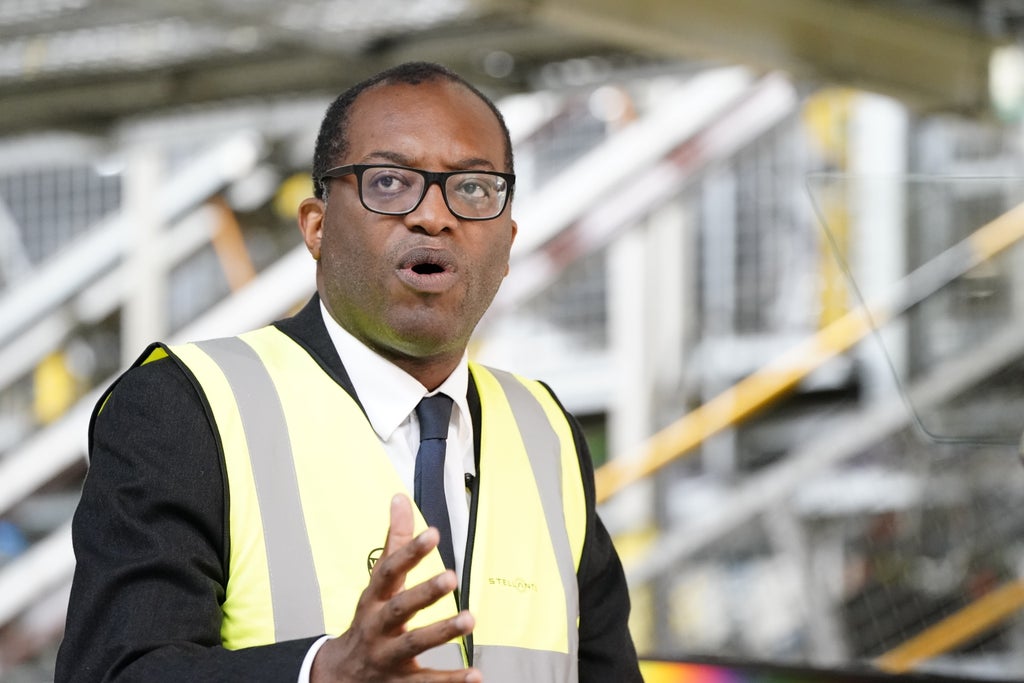 Industries affected by soaring energy costs have made a fresh appeal to ministers for “immediate action” in a bid to prevent more businesses shutting down.

Sectors such as ceramics, paper and steel manufacturing have called for a price cap, with talks that began on Friday between the government and industry figures set to continue this afternoon. Business minister Lee Rowley will lead the meeting later, it has been reported, not the secretary of state Kwasi Kwarteng.

The Treasury has denied being in talks with Mr Kwarteng’s department about the crisis, which led to Gareth Stace, from UK Steel, accusing the government of “sitting on its hands and doing absolutely nothing”.

“From my point of view, with the reported government infighting between the Treasury and BEIS, the prime minister now needs to bang ministerial heads together, take control and remember that if he does nothing, then his levelling-up ambition will be left in tatters,” Mr Stace told LBC radio today.

However, a senior minister claimed earlier Mr Kwarteng did not lie when he said there were discussions between the two government departments. Asked by Sky News if the business secretary had been “telling porkies”, the Home Office minister Damian Hinds replied: “Of course not.”

Let’s get some expert commentary now.

“This energy crisis is rooted in our toxic reliance on fossil fuels. Gas, like all fossil fuels, is subject to price volatility – and that’s clearly putting consumers and governments in a tight spot right now.

“What’s also clear is that gas is contributing to a climate crisis that we cannot ignore, and that we are paying for globally. So it’s vital that governments stay the course in their commitments to reduce our reliance on fossil fuels and – as Cop26 approaches – don’t take short-term decisions with catastrophic long-term consequences, such as defaulting back to burning more coal as a quick fix.

“We need to see alternatives introduced at pace and this is actually a brilliant opportunity. If we put money into energy storage, into making buildings efficient, and help citizens work together to create their own energy and empower themselves – that pays dividends. It helps reduce energy consumption, it tackles climate change, it alleviates energy poverty, and it will lift this price burden off of consumers.”

Following my post earlier (10.40am), here’s Adam Forrest with some more detail on the money Boris Johnson’s government has said it will be paying to France to help prevent small boat migrant crossings.

Attempting to smooth over a row with Emmanuel Macron’s government, Home Office minister Damian Hinds said a delay in payment was purely the result of an “administrative process”.

His comments come after French interior minister Gerald Darmanin said “not one euro has been paid” in the sum pledged in July to help bolster security on the coast.

Ask me anything: Supply chain expert takes questions on shortages

The Covid-19 pandemic and Brexit are being blamed for the staff shortages that have impacted the delivery of fuel in the UK.

While the UK government has acknowledged there is a shortage of HGV drivers in the UK, they have claimed the problem is worldwide and suggested the long-term solution is for the haulage industry to invest in training instead of being reliant on workers from abroad.

Dr Zulf Khan is Curriculum Lead for Operations and Supply Chain Management and Associate Professor at Coventry University’s Business School and will be able to give an expert view on that question and many others during an exclusive ‘ask me anything’ being hosted in the comments section of this page.

Dr Khan will be on hand to answer all your questions on the crisis at the event on Monday, 11 October. He will be answering live in the comments of the below article between 12.30pm and 1.30pm. All you have to do is register to submit your question.

UN accused of ‘downplaying antisemitism’ for too long

The United Nations (UN) has for too long “downplayed the scourge of antisemitism”, a UK diplomat has told the organisation’s Human Rights Council.

Simon Manley, the UK’s permanent representative to the UN and the World Trade Organisation, said one of the most effective ways to tackle racism and antisemitism is to “encourage states to uphold their human rights obligations”.

At the time, the US and Israel walked out of the meeting because participants drafted a conference declaration that denounced Israel’s treatment of Palestinians. And the UK has repeatedly disassociated itself from the Durban Conference due to these historic concerns, and neither the UK nor Australia – along with around 40 other states – attended a recent 20th anniversary commemorative event for the conference.

The UK called for a vote on the African Group’s resolution and was joined in voting against it by a number of nations, with foreign secretary Liz Truss saying: “Discrimination and intolerance has no place in society and we encourage countries to uphold their human rights obligations.”

Watch: Climate march in Brussels ahead of Cop26 summit

The Republic of Ireland has accused the UK of “shifting the playing field” away from solutions in talks to resolve post-Brexit trading tensions in Northern Ireland.

In a deepening row with Mr Johnson’s Brexit minister Lord David Frost, Mr Coveney also said it is a “bit rich” for Britain’s negotiator to accuse him of causing problems on Twitter.

The government has promised that £54m promised to France to help prevent small boat migrant crossings will be paid “in the coming weeks”.

Home Office minister Damian Hinds said the delay in payment was the result of an “administrative process” which had taken time to work through. His comments come after French interior minister Gerald Darmanin said “not one euro has been paid”.

Asked by BBC News on Monday when the cash would be given to the French, Mr Hinds said: “Absolutely we are working closely with the French and I expect that question that you have raised to be finalised in the coming weeks.”

He added that an “administrative process” rather than any “political question” had led to the delay in France receiving the money:

“I didn’t say it was an error, it is a process to be worked through when you are transferring what are very large sums of taxpayers’ money. I would like to see increased activity, increased turnback (of migrants). France is a safe country. If you are seeking asylum, you should claim it in the first safe country you come to.”

Met ‘more let down than anybody’ over Sarah Everard death, minister claims

Let’s stick with the Met. Damian Hinds said this morning the police feel “more let down than anybody” about the murder of Sarah Everard.

“I think everybody is shaken by this terrible case. It is also really important to take a moment once again to pay tribute to all the men and women who serve in our policing service who feel more let down than anybody by this terrible sequence of events.

“They put themselves in danger day after day and in protection of the rest of us and they deserve our support.

“It is actually more important even for them than for anyone else that this inquiry gets to the bottom of this.

“This case goes to the heart of that question of trust.”