On Sept. 11, the White House banned certain flavored e-cigarettes, thus delivering a shocking blow to the multi-billion dollar industry. Now, Fundstrat’s Tom Lee presumes that Bitcoin could be the next thing on the Trump administration’s crackdown list.

This is un-related but shows White House can issue an ‘executive order’ banning anything. And could even ban bitcoin. Not expecting it. But with current White House, there is “nothing out of bounds nor out of reach”@CNBC @angelicalavito#vaping #bitcoinhttps://t.co/gMZur1M4Cm 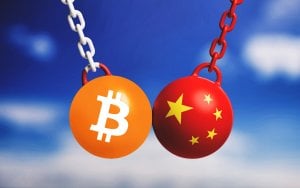 Putting an end to vaping

POTUS stepped up his effort to outlaw flavored vaping products that are linked to a growing number of lung illnesses. The clampdown was allegedly initiated by First Lady Melania Trump who earlier tweeted that she was “deeply concerned” about how popular vaping is with US children.

Prior to that, the Food and Drug Administration (FDA) sent a warning letter to e-cigs giant Juul Labs for mismarketing their products as “totally safe.”

This sudden ban proves that the US government can tighten the grip or completely kill emerging industries at a whim. Juul Labs alone was forecasted to rake in a staggering $3.4 bln in revenue this year. 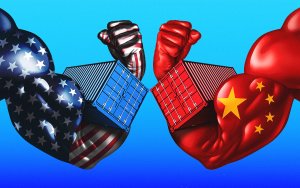 Trump is not a fan of Bitcoin

As reported by U.Today, Trump tweeted that he was not a fan of Bitcoin and other cryptocurrencies back in July. He claimed that digital assets could facilitate unlawful behavior, such as money laundering and drug trafficking.

I am not a fan of Bitcoin and other Cryptocurrencies, which are not money, and whose value is highly volatile and based on thin air. Unregulated Crypto Assets can facilitate unlawful behavior, including drug trade and other illegal activity….

The President’s critique of crypto sparked many speculations about whether the US is in power to eventually ban Bitcoin.

Coinbase Co-Founder Invests In Project To Bridge Bitcoin And Ethereum