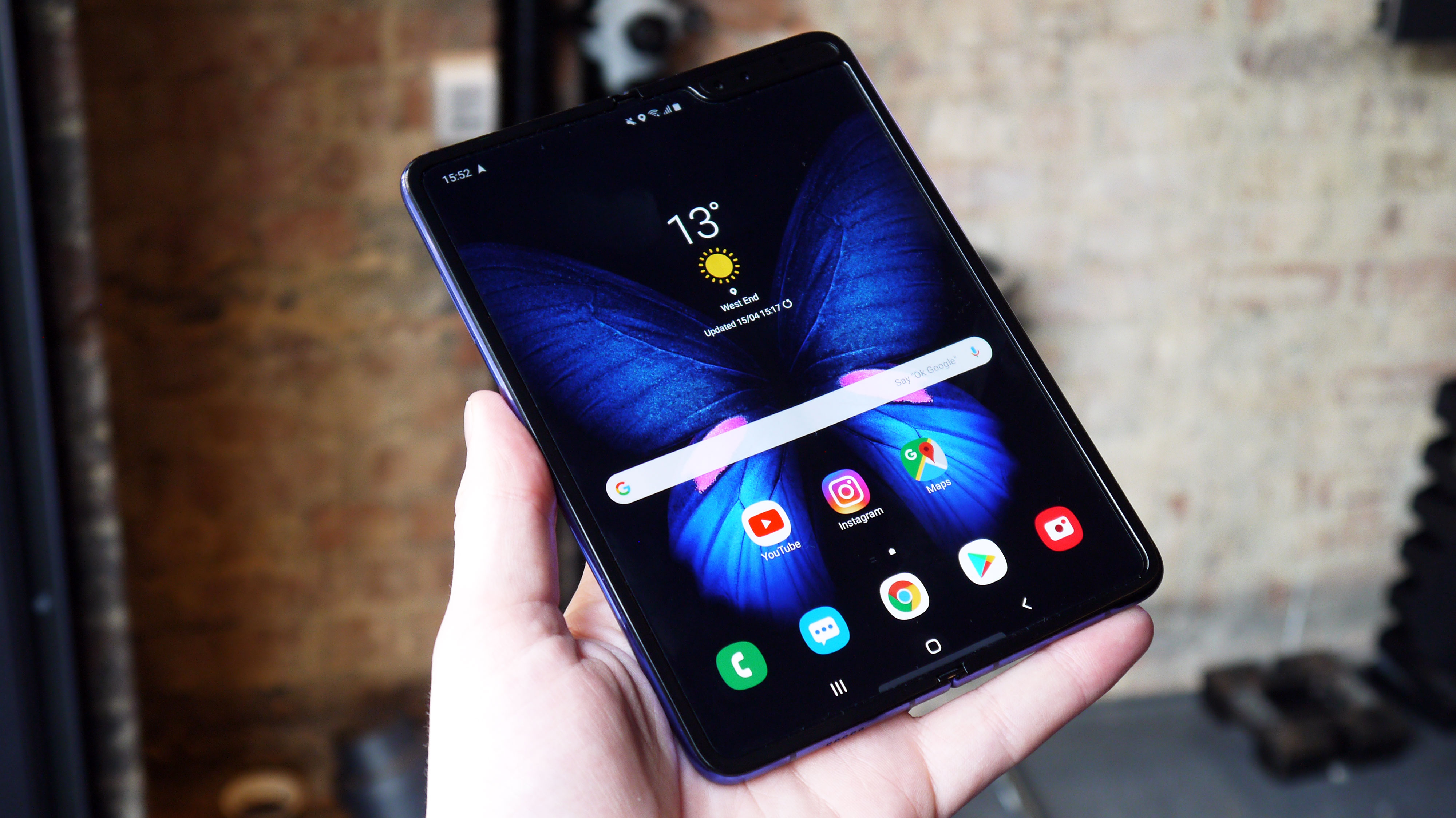 We finally have a release date for the Samsung Galaxy Fold – the ambitious, very expensive, and possibly first mainstream foldable phone – and it’s coming in September, five months after it faced reliability setbacks and a recall before ever reaching consumers. Just a heads up: it’s not coming out everywhere at first.

Its comeback story is destined to begin in ‘select markets’ the same month we expect the three new versions of Apple’s iPhone 11 to hit stores, with exact availability details to come closer to the Galaxy Fold launch, according to Samsung’s official statement today.

It won’t be quite as easy to get a Galaxy Fold on contract as it would have been during its original launch date: T-Mobile told The Verge in no uncertain terms that it won’t sell the device – that leaves AT&T as the only carrier that will currently sell it, though it should still operate on the big carrier networks (Verizon and Sprint as well).

The September release date for the Fold also puts it head-to-head with the foldable Mate X that’s supposed launch by then, with Huawei’s current plans to release it in China first. Which company will claim that ‘world’s first’ title?

The delicate hardware behind the Galaxy Fold has been fixed, according to Samsung, and the company is “conducting final product tests.” CEO DJ Koh has previously gone on the record to say that the phone launched before it was truly ready, so Samsung looks to be correcting that issue this time around.

Notably, the thin, protective top layer that looked like a removable screen protector has been redesigned to avoid confusing people accustomed to ripping all the plastic off of a brand new phone. The top layer is now extended beyond the bezel.

Samsung also says it has sealed up potential debris vulnerabilities around the 20-part, dual-axis hinge, which is essential to the device folding and unfolding. Dust entered through gaps around this hinge, leading to a second reason screens were breaking on a handful of review units.

Here are the changes that Samsung is promising with the refined Galaxy Fold:

All of this is not to say that the Galaxy Fold didn’t go through convincing stress tests earlier this year. Samsung demonstrated its device could withstand more than 200,000 folds and unfolds in a mesmerizing video.

But a machine perfectly folding the phone with uniform pressure points in a clean, dust-free room didn’t translate in the real world, so we’ll have to see how these changes shake out come September.

There’s some more good news too, as Samsung says during these intervening months it’s been “working to improve the overall Galaxy Fold user experience, including optimizing more apps and services for its unique foldable UX.”

It hasn’t provided any further information on those improvements yet, but it’s something to look out for as we approach the Galaxy Fold release date.

Although Samsung is promising reliability from the reworked Galaxy Fold, the actual specs and concept remain unchanged. It has a sharp 7.3-inch QXGA+ mini-tablet-sized screen unfolded, and slims down to sport a separate outer 4.6-inch HD+ screen on the outside when folded.

It has a total of six cameras – three on the back of the device and two additional cameras in the notch of the 7.3-inch display – two batteries that combine for a capacity of 4,380mAh, and a fingerprint sensor in the power button that also doubles as the new Bixby button.

Samsung, which is expected to launch the Galaxy Note 10 and Galaxy Note 10 Plus on August 7, is getting its foldable phone news out of the way ahead of its Unpacked event. It appears as if Samsung fans will have three different phones to decide between in the coming weeks.

Despite the five-month Galaxy Fold delay and Mate X riding on its heels, Samsung still has a chance to be first to market with a foldable phone that has mainstream appeal (sorry, Royole FlexPai), maybe in part thanks to the Huawei ban in the US.

Today’s Samsung Galaxy Fold news answers two basic questions rather vaguely: when will the Galaxy Fold launch and how will it hold up in the real world? But there’s so much more we’re struggling to understand about this foldable phone.

Chiefly, will the Galaxy Fold price still be $1,980 / £1,800 (€2,000)? There was no mention of how much it’ll cost in the announcement, so we can only assume it’ll stick to the nearly $2,000 asking price. When it does launch, it’ll instantly be the most expensive smartphone we’ve ever reviewed.

And, keep in mind, that lofty price is for the 4G LTE version. Samsung is, or at least was, planning a Galaxy Fold 5G model. It mentioned the mystery 5G version back at the February Unpacked reveal event, but that hasn’t been spoken about since. Huawei is only offering one flavor of its Mate X – so you’ll have 5G in that phone, no questions asked.

If the Galaxy Fold appears at the Note 10 launch event, we’ll be sure to grab more hands-on time with the overdue device. Stay tuned for more in the coming days.